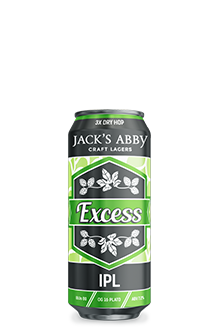 This is the first in a series of short blog posts about “Hidden Gems” we stock at Minogue’s.  The format will be short and to the point.  The beers highlighted in these posts hold their own against all those “White Whales” we see coming into the market.  If you’re in the craft beer scene, you know what I’m talking about.  I won’t name brewers or brands.  Your buddy has probably told you about one, or you’ve been told there’s a one can/bottle limit, or worse yet, you arrived a few minutes too late to find it’s already sold out.  I’d like to do something different to promote all the awesome beers that we regularly stock and that don’t get the hype they deserve.
The guys from Jack’s Abby stopped by yesterday to talk shop.  They have a few new projects in the works, including Kiwi Rising in cans and a couple new beers hitting our market in November.  I also learned that they’re using a variety of sexy hops from the Pacific Northwest and New Zealand – Calypso, Citra, Equinox, and Simcoe to name a few – which are not advertised on their IPL packaging.  I’ve been a fan of Hoponius Union, Mass Rising, and Kiwi Rising since we started carrying them, and I’ll always grab one when I find it on tap.  They have a nice niche producing craft lagers, specifically uniquely hopped India Pale Lagers.
Excess IPL is definitely a uniquely hoppy beer, even within the Jack’s Abby portfolio.  Each one of the hops used – Citra, Chinook, Calypso, Equinox, and Simcoe – adds a layer of complexity, and dry hopping the beer 3 times amplifies those layers of flavor and nuance.  The clean finish from the lager yeast again sets the taste apart from so many of its hoppy peers, though it is characteristic of all Jack’s Abby lagers.  Personally, my favorite aspect of Excess IPL is its balance, given the intense hop flavor.  The balance and complexity of hop flavor allow you to gleam a little something different with each sip, rather than experience an intense battery of one individual note.
In stock now:  Hoponius Union, Calyptra, House Lager, Excess IPL, Copper Legend